Create adorable Elf Crafts with the kids! Check out this list of 30 Elf Crafts for Kids to Make.

Who doesn’t love a Jolly old elf?!  And no – we I’m not just talking about Elf on the Shelf.  I’m talking the original Santa’s helper. You are going to go Elfish over these Elf Crafts for Kids!

One of my favorite movies to watch each year at Christmastime is Elf.  I just love it all – the comedy, the childish excitement in which Elf loves Christmas, and of course how the movie ends with him spreading Christmas Magic just by being his jolly self.

My kids love the idea of Elves.  They, too, love to watch the movie Elf – they love to chat with their Elf on the shelf – and they love to let their imaginations run wild thinking up all the things the Elves must be working on in the North Pole!

Of course when it comes time for crafting, Elf Crafts top their list of cute Christmas crafts to make.  Oh, they love Santa, and the Reindeer too but Elves are just so much fun! 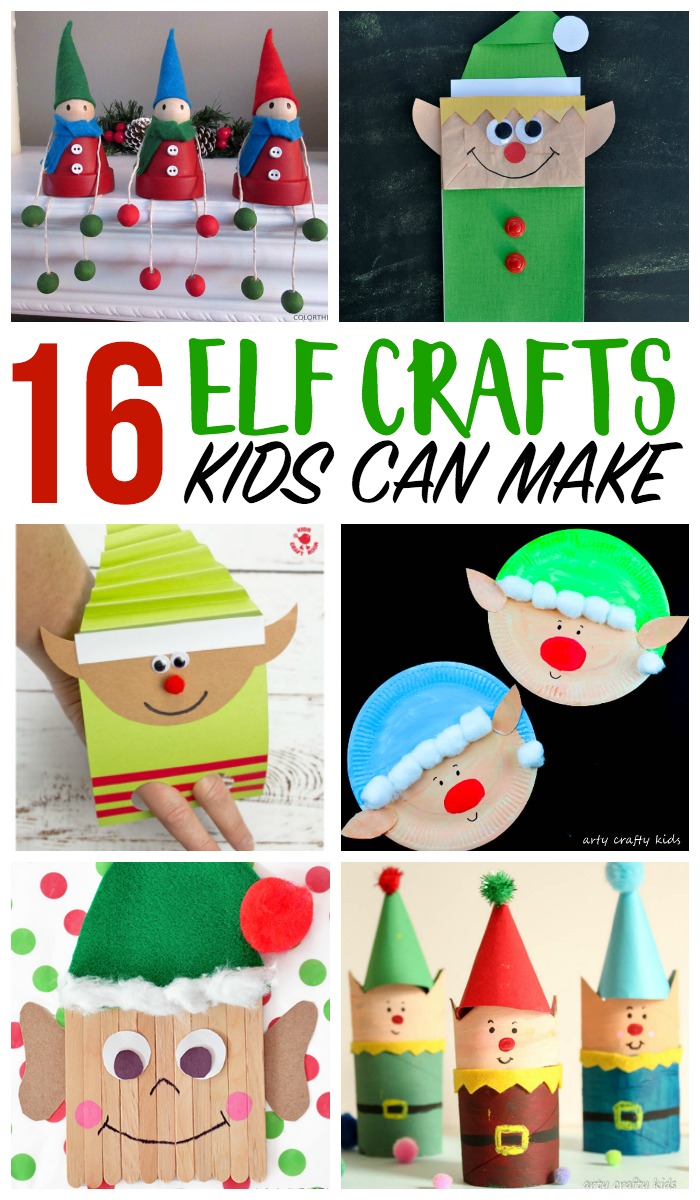 Elf Crafts for Kids to Make

There are just so many fun elf crafts for kids to make I had a hard time picking my favorites to craft with the kids!  I really wanted to make them all – from Christmas handprint crafts to elf puppets to their very own elf hats – how fun!

Get into the Christmas spirit and make these Elf crafts with your kids too! They are great for a school craft or a kids Christmas party activity.

First things first though, you can’t start your elf crafting until you first craft up this Elf hat!

Ok, now that you yourself are outfitted just like an Elf you can continue.