You are here: Home / Recipes / 30 NEW Recipes to Make with Leftover Ham

My family loves a spiral sliced ham.  We only eat ham for dinner twice a year – Christmas and Easter – and each time we always have SO MUCH leftover!  I have a few go to recipes that the whole family loves.  They are delicious, family friendly, and can easily be made with leftover ham.

It’s a funny story, really, how we started eating Ham every year for our big holidays.  I had never really liked ham as a child so I didn’t make it for my family.

While doing my Christmas dinner grocery shopping one year, I had my son with me, he was about four years old at the time.  A woman at the grocery store was passing out samples for a spiral sliced ham and my son took one.  In fact, he took so many samples from her that I felt obligated to buy a ham!

That year was the first time we had Ham for our Christmas dinner and the kids all loved it so much that it has become a staple in our house for Christmas and Easter.

The only problem…a half of ham leaves a lot of leftovers, even when you have a family of 6. 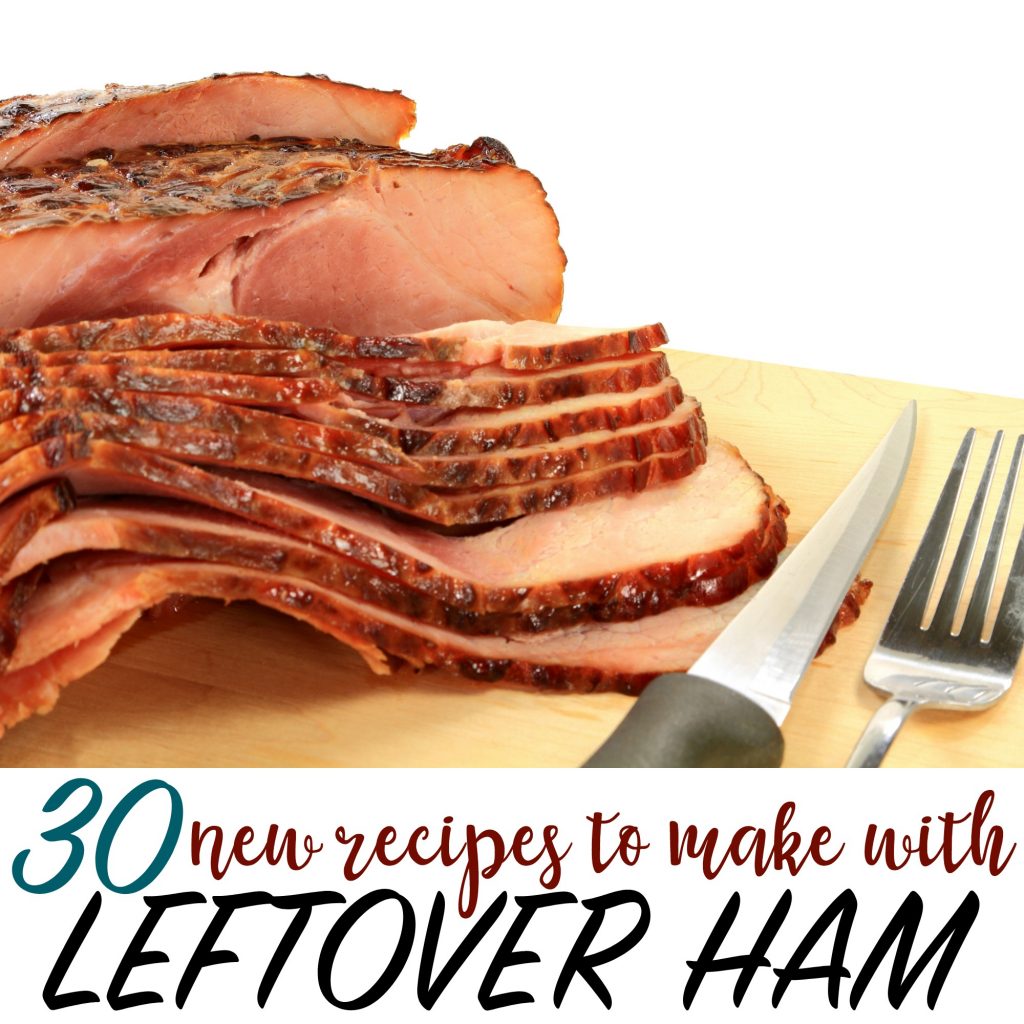 My go-to leftover ham recipes are always fried rice and ham & cheese quiche.  This year, I happened to buy an extra large ham and have gone looking for some new family dinner recipes to try that will use up all of this leftover ham!

Do you have a favorite way to use up leftover ham?  I’d love to try it!