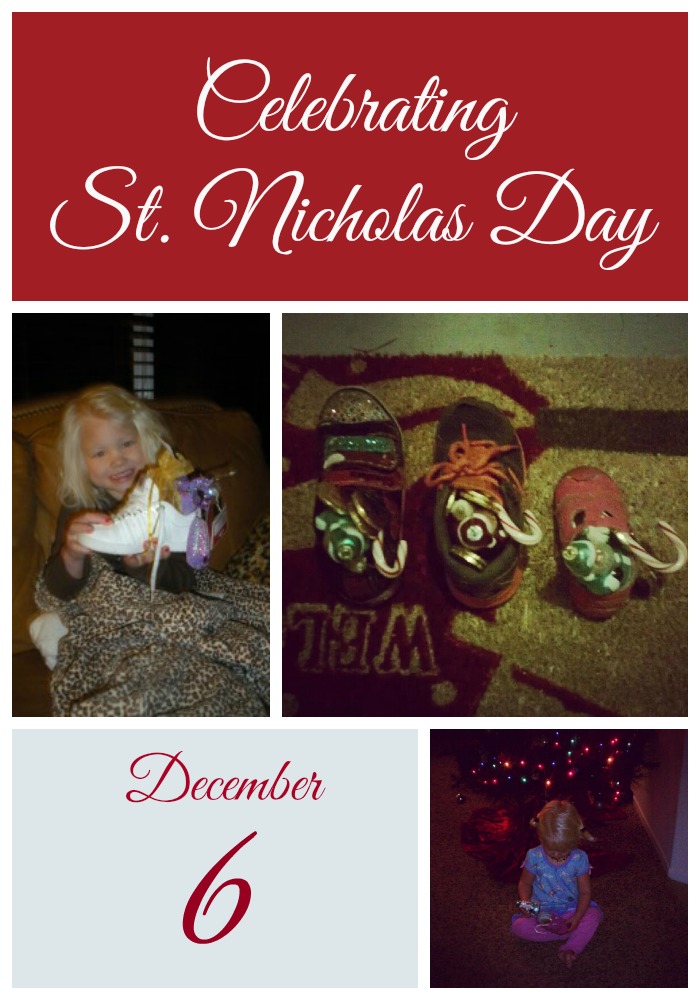 One of my favorite family traditions is the celebration of St. Nicholas day!

St. Nicholas was the Bishop of Myra in the 4th century.  The  Feast Day of St. Nicholas is celebrated on December 6th.

St. Nicholas was a well off man that made his work helping the poor.  He had a reputation for secret gift giving,  typically gold coins left in shoes.  Probably the most well known story of St. Nicholas was the bags of gold he secretly gave a very poor man so that he could use them as dowries to marry off his three daughters.

My family’s  German and Scandinavian heritage has continued this and we have been celebrating St. Nicholas Day here in the states for many generations.  In keeping with tradition, my children place their shoe out on the front porch on the eve of St. Nicholas Day.  When they wake up, they find their shoe full of gold coins!  The chocolate variety, of course!  They also may find a candy cane and a new ornament for the tree.  But naughty children will find their shoe full of sticks and rocks!

Since we are American, we also celebrate Christmas with Santa Clause.  But I love keeping the St. Nicholas tradition alive with my children!