Every year on Christmas morning, my mother would get up before everyone else.  She would be in the kitchen making sure the coffee and cinnamon rolls were ready, and Tree lights were on and the Christmas carols were playing.  After opening our gifts we would have these Christmas Tree Cinnamon rolls for our breakfast. 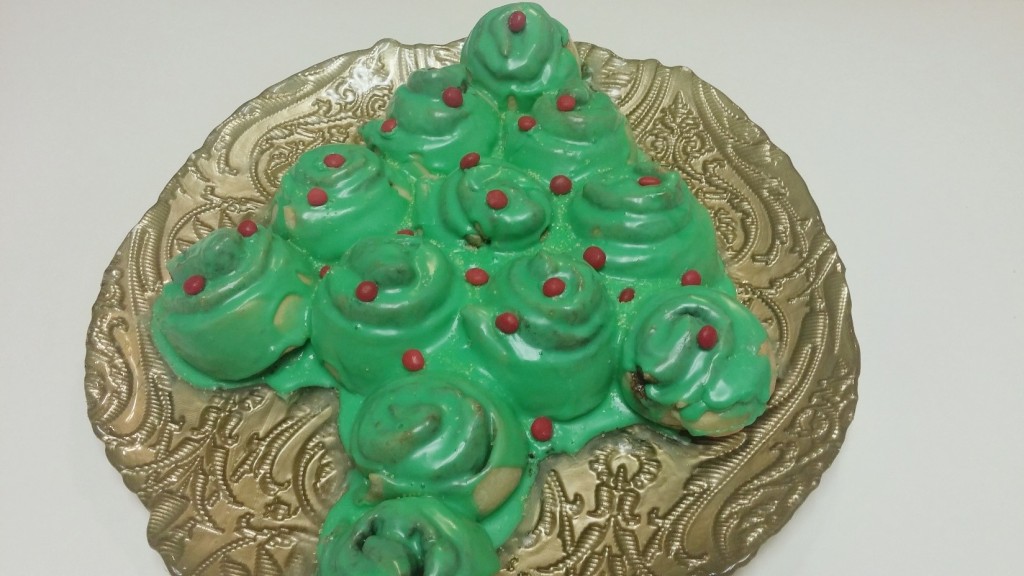 In a large bowl, combine yeast with warm water and let dissolve.  Add the sugar and butter and mix.  Stir in 3 ½ cups of flour and salt.  Add milk and eggs and mix until dough forms.  Knead dough adding additional ½ flour until smooth.

In a small bowl combine granulated sugar, brown sugar, and cinnamon to make the filling.  Roll dough out on lightly floured surface in a rectangle.   Melt butter for filling and bush onto dough.  Sprinkle sugar-cinnamon mixture onto the dough.  Roll the dough up along the long edge and slice into sections.

Place rolls onto baking sheet (swirl side up) and let rise to double in size.  Bake at 400 degrees for approximately 15 minutes.

To make the Icing combine powdered sugar, milk, and food coloring in a bowl.  It should not be too thick as you want it to glaze your hot cinnamon rolls. 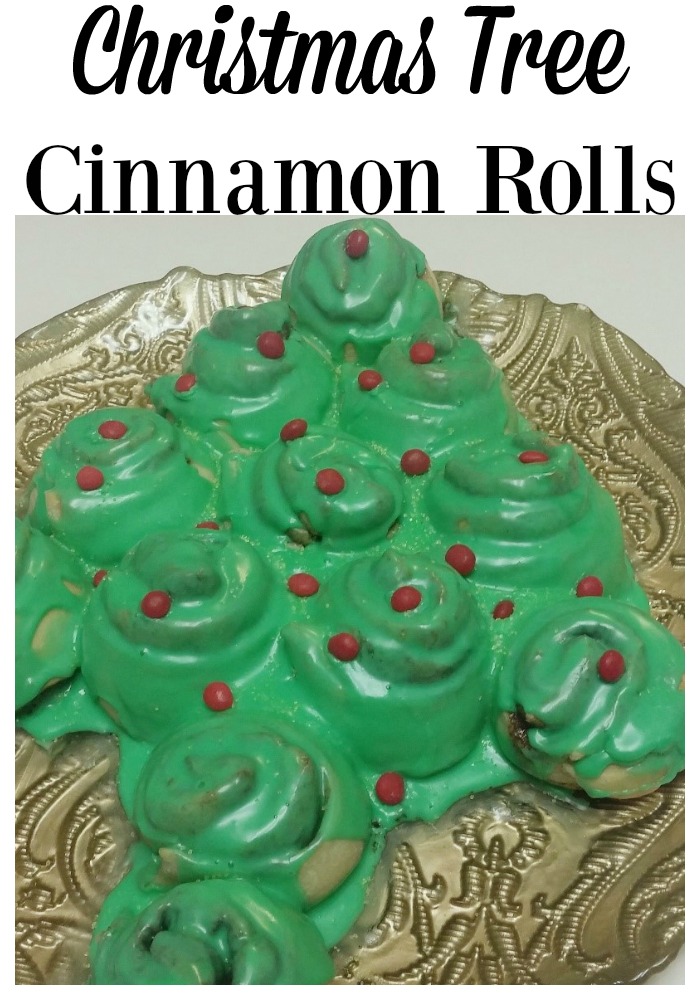 Remove fresh cinnamon rolls from baking sheet and arrange in the shape of a Christmas tree on a large platter (this recipe makes 12-16 rolls – tree shown is made with 12 cinnamon rolls).  Glaze with your icing and decorate with yellow sprinkles and red hot candies.  Best served warm.