This year, Wunderboy decided that he wanted to be a Knight for Halloween.  Not just any Knight, he chose a LEGO Knight. Yes, this is the same boy that requested to be a Race Car when he was two.  Not a race car driver, the actual car.

He loves his LEGO’s and has been infatuated with the LEGO Knight since he met him at LEGOLAND California. 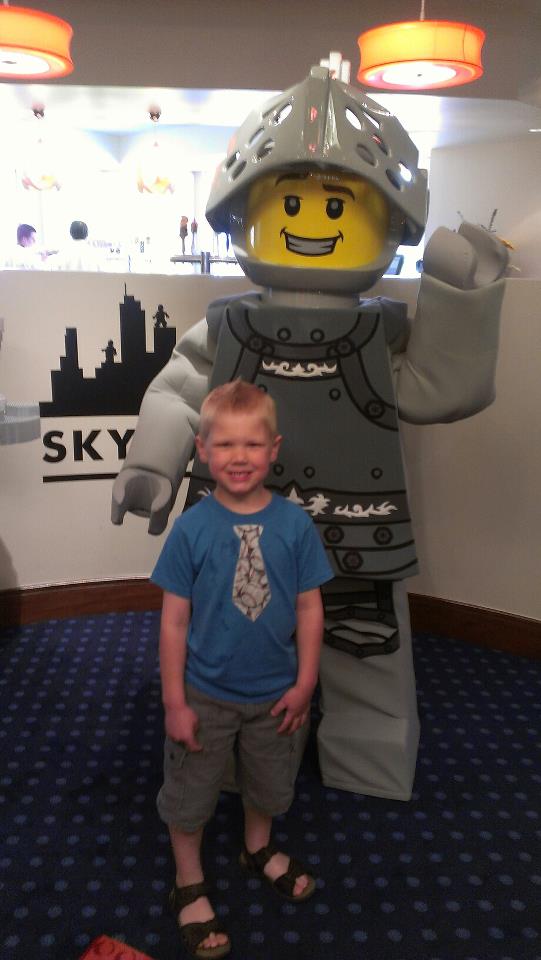 I used the picture above to model his own costume and we are very happy with how it turned out!  We used just a few materials, mostly stuff we already had, and there was no sewing involved. 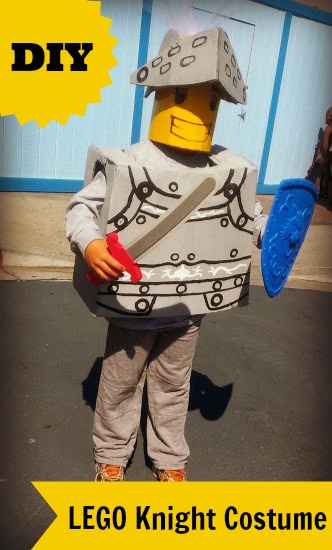 To Make the LEGO Head:

The LEGO Head was the easiest part of the costume.  All I did was form a cylinder out of the yellow box flap, to fit around his head, using tape to secure it.  (If you are using a regular box flap, paint the cardboard yellow and let it dry).   Locate the eyes and draw on the LEGO man face with black paint or permanent marker.  Cut out eye holes. 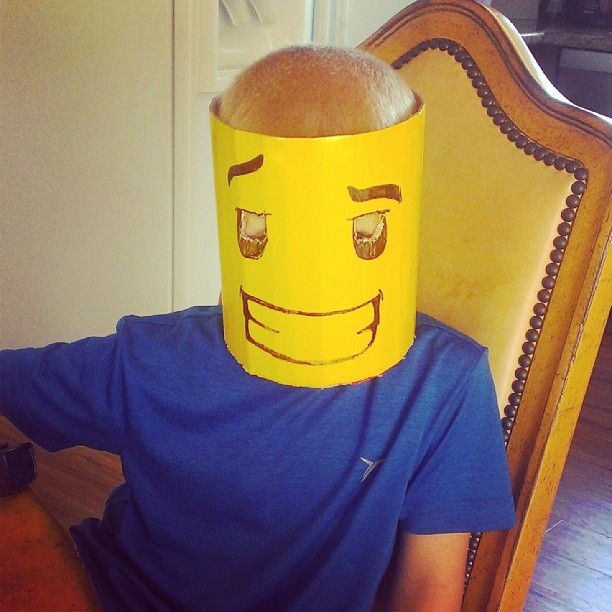 To Make the LEGO body:

When the helmet is finished, attach it to the top of the LEGO head with masking tape.  We tried to keep them separate but the Helmet wouldn’t stay in place.  It works much better as one unit.

Do you have any DIY costumes to share?  I’d Love to see them!