You are here: Home / Crafts for Kids / No-Sew Owl Costume

After much debate over a Halloween costume, Pixi finally settled on one.  She could not make up her mind between a cow, a dog, a cat, a bunny, or a myriad of other furry friends.  Finally, she settled on an Owl for Halloween.  I was super excited with this choice as I already had an idea of how we were going to make this No-Sew Owl Costume.  I headed to her closet and started pulling out pieces immediately.  We ended up with this adorable No-Sew Owl Costume, that cost just a few dollars to make! 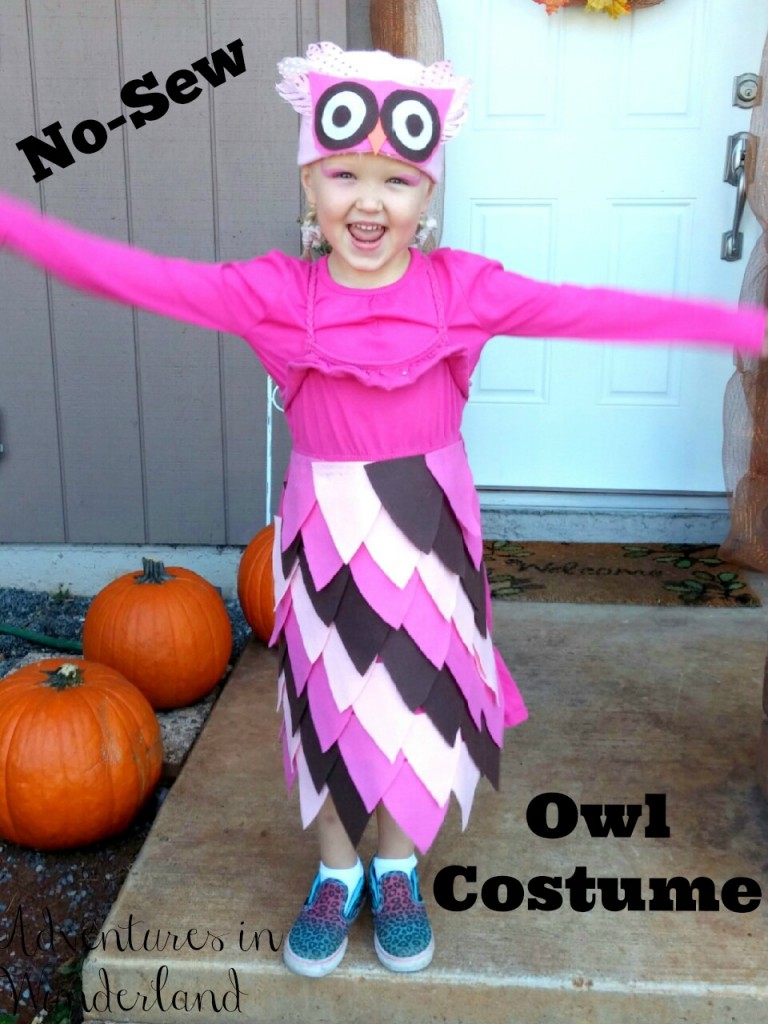 My goal with the kids costumes this year was to make them comfortable.  We have had so many elaborate costumes that come Halloween night, are in pieces because they are itchy or too bulky.  This year I used regular clothing items, most of which we already had making this a very cost effective costume.  The base of her owl is a pink cotton sun dress that her sister outgrew a year ago.  For the Owl face I used a pink knit cap that I bought a couple years ago for winter in the dollar bin.  I chose to make the hat instead of a mask to keep her face free.  Underneath the pink dress we added a solid pink long sleeve shirt and on Halloween night we will add pink leggings (that she already owns) for some extra warmth.

Here is what you will need to make this No-Sew Owl Costume: 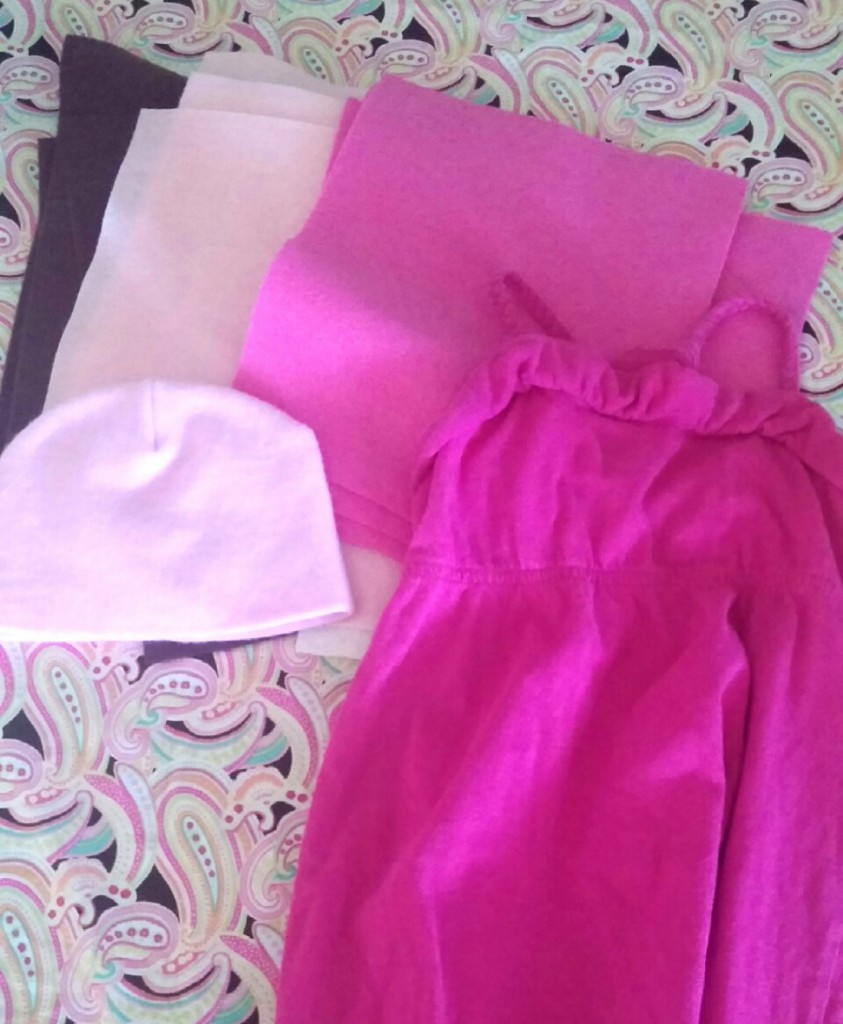 To Make the Dress: 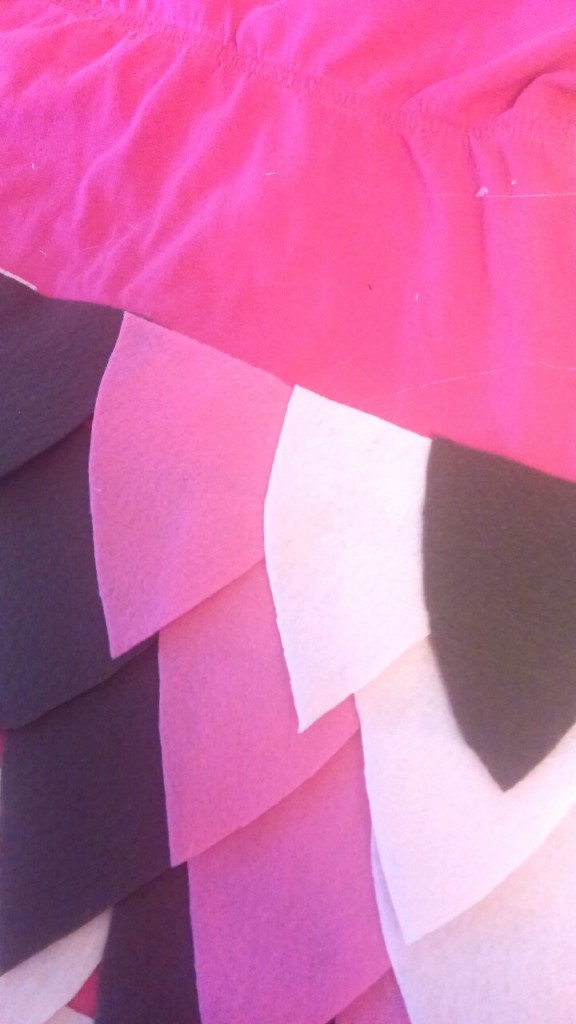 To Make the Owl Hat: 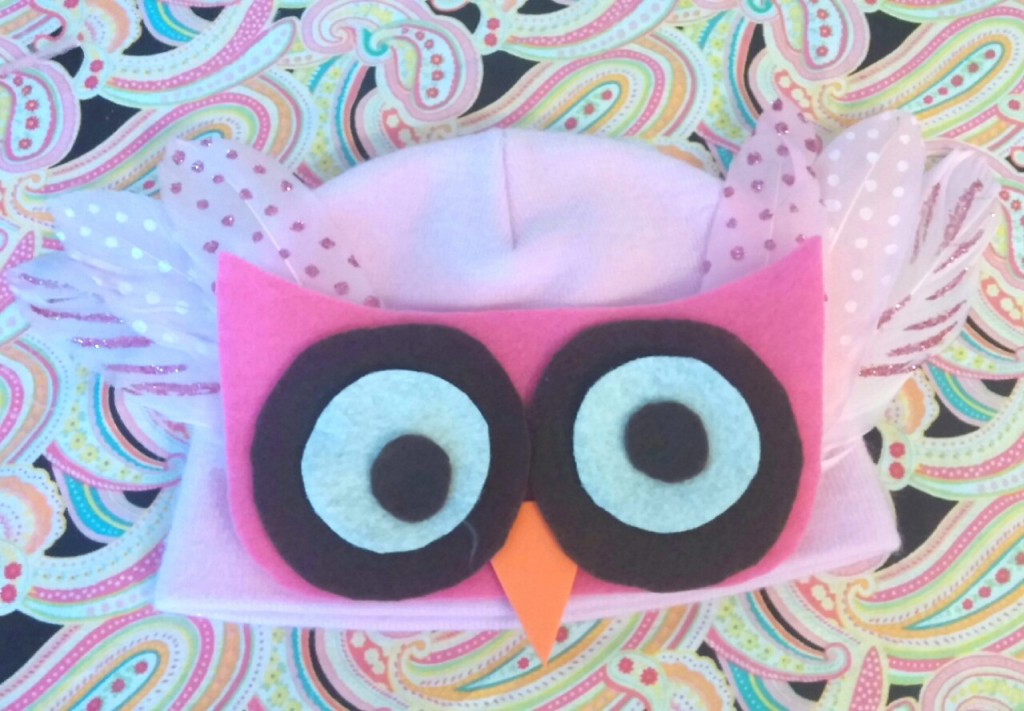