You are here: Home / Parenting / Who’s going to tell them it’s ok to just be a Mom

I have a wooden sign hanging on the wall of my living room. The sign hosts a quote that reads “The greatest work you will ever do will be within the walls of your home.”  It stands as a lasting reminder of my purpose and my calling.

I grew up in the suburbs in the 80’s and 90’s, raised by a stay at home mom.  During a post sexual revolution era where women everywhere were “leaning in” and trying to make their place in a man’s world, my mother chose to stay home and raise her children instead.  Instead of donning a pants suit and pushing to prove herself to men, she donned her favorite workout gear and pushed my sisters and I to be the best humans we possibly could. She was a mom – JUST a mom.

Pew research shows that the number of mothers working outside the home has risen to 71% today in the U.S. – up from roughly 50% in 1969.  With these facts comes a certain stigma of stay at home mothers.  Although today the number of stay at home moms is slightly on the rise, those numbers are reflecting that women aren’t necessarily choosing to stay home with their children but instead are home because they are ill, disabled, or lack the skills necessary to find employment – in other words, this rise does not reflect women ‘choosing’ to stay home.

Whatever a woman does choose to do, stay at home, work at home, or work outside the home – it is great that we have these choices – we have so many telling young girls that they can be anything they want to be, but who is telling our daughters that they can choose to just be a mom, and that’s OK?

As a child, I loved to play with dolls.  Not the dolls that were fashionable, but baby dolls.  I would swaddle them and care for them, take them to make believe stores and restaurants. I knew even then that I wanted to be a mother, first and foremost.

I now have three young daughters – one of which loves her dolls and very much wants to be a mother, the other is very interested in math and science and has her eyes set on a career outside the home – both of these choices are amazing and I make sure that they know that.

As my teen years set in and I paved a way for myself.  I weighed my college and career options, attended university, and positioned myself in the working world as a young twenty something.  After my first child was born I continued to work, and she attended a home daycare during my office hours.  Just over a year later, we were expecting our second child and I knew in my heart it was time for me to come home – my career would be my children.

Despite my husband being a young enlisted Marine, making and income so low that some would be shocked to see the numbers, I stayed home to raise my children. Despite being college educated and fully capable of working and making a name for myself, I stayed home to raise my children.  Why?  Because somewhere along the road I was told it was ok to ‘just’ be a mom.  In fact, I was told that it was an admirable profession – one that can make a difference in the world.

Well, I am. Even if no one else will join me, I am will tell them.

This independent, outspoken, Bachelor of Science toting, college educated, mother of four is telling you all that it is OK to just be a mom.  No, scratch that, it is the most important work that you will ever do so do not be ashamed, do not think twice about your decision to stay home with your children.  You are a mother and that is enough. 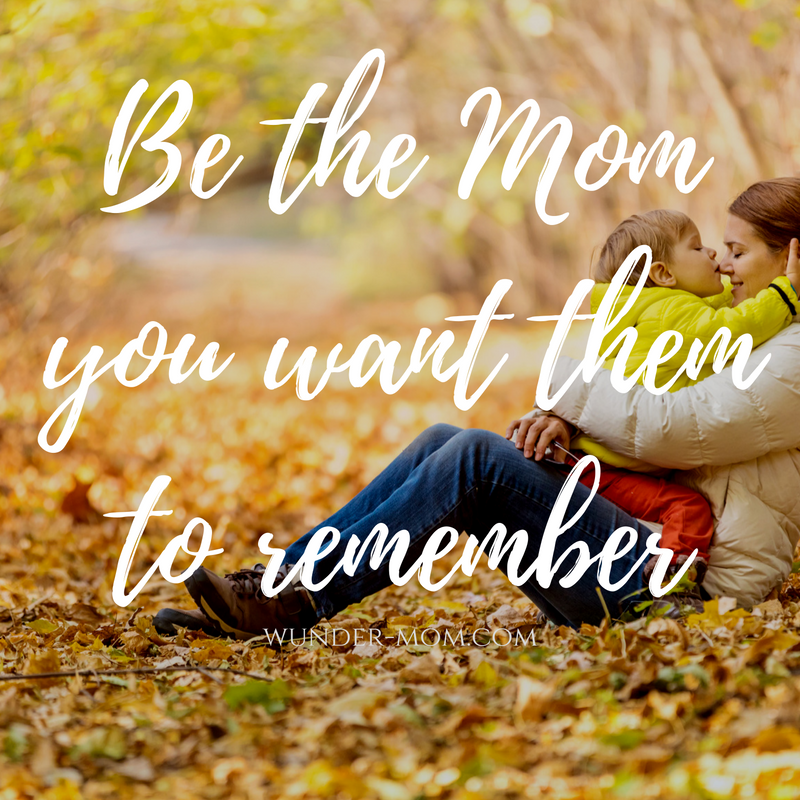