You are here: Home / Parenting / I Don’t Want to Be That Mom

Every store I went to I heard Mothers talking to their children.  Only they weren’t talking to them, they were snapping at them- a disapproving voice, clearly annoyed at whatever it was they were doing.  Some were irritated that they weren’t getting into the car fast enough, some were annoyed that the child was touching something in the store.  “get down!”, “get over here!”, “ugh, would you hurry up?!”  As they spoke they all had one thing in common that really made my spine tingle – it was the tone that they were using.  That wasn’t the worst of it.  The worst was it was MY voice I was hearing.  I had used that tone before, on so many occasions, and suddenly hearing it come from someone else made me ill.  I don’t want to be that mom. 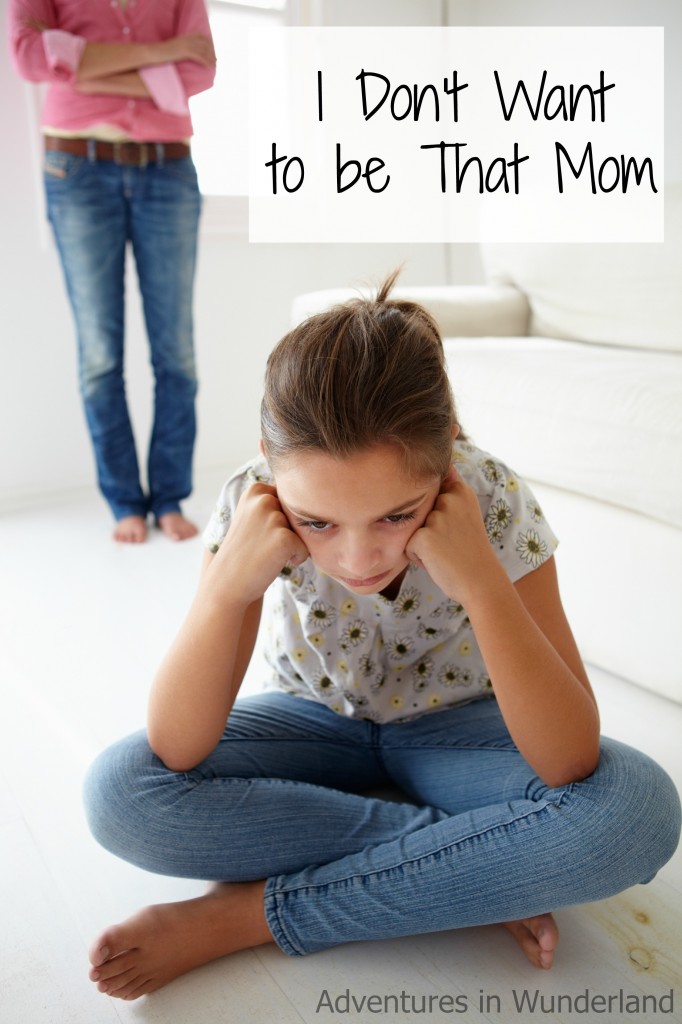 I get it.  We all have our days, sometimes we are really in a hurry, and the negativity just come out – completely unannounced.  We find ourselves irritated and irrational.  But when I watched, what I saw was children that don’t understand time.  Children, just being children.  They are wanting to look at things, learn from them, and experience this great big world.  And then I saw mothers, mothers like me, who were quick to snap, demanding that they stop.  I have been there, and I don’t want to be that mom.

I read a quote not long ago, “How we speak to our children becomes their inner voice” and the voice of these mothers, my own voice, is not what I want my children to hear.  I want them to hear kindness and encouragement.  Even when they have done wrong, I want them to hear disappointment, yes, but never annoyance.  Imagine the hurt that you would feel with someone speaking so disapprovingly to you, and then imagine that feeling over an over again every day.  That is not the voice that I want my children to hear.  I don’t want to be that mom.

Just yesterday, I caught myself, as I was walking into a building.  My four year old daughter saw a large planter box that she just needed to conquer.  I caught the words before they came out of my mouth “get down!”, “let’s go!”.  I noticed that challenge in her face as she was climbing.  To her, she wasn’t trying to cause trouble or do something she wasn’t supposed to – she wanted to conquer this challenge that was set before her.  I don’t want to be that mom, so instead of snapping I grabbed her hand and smiled and helped as she jumped down. 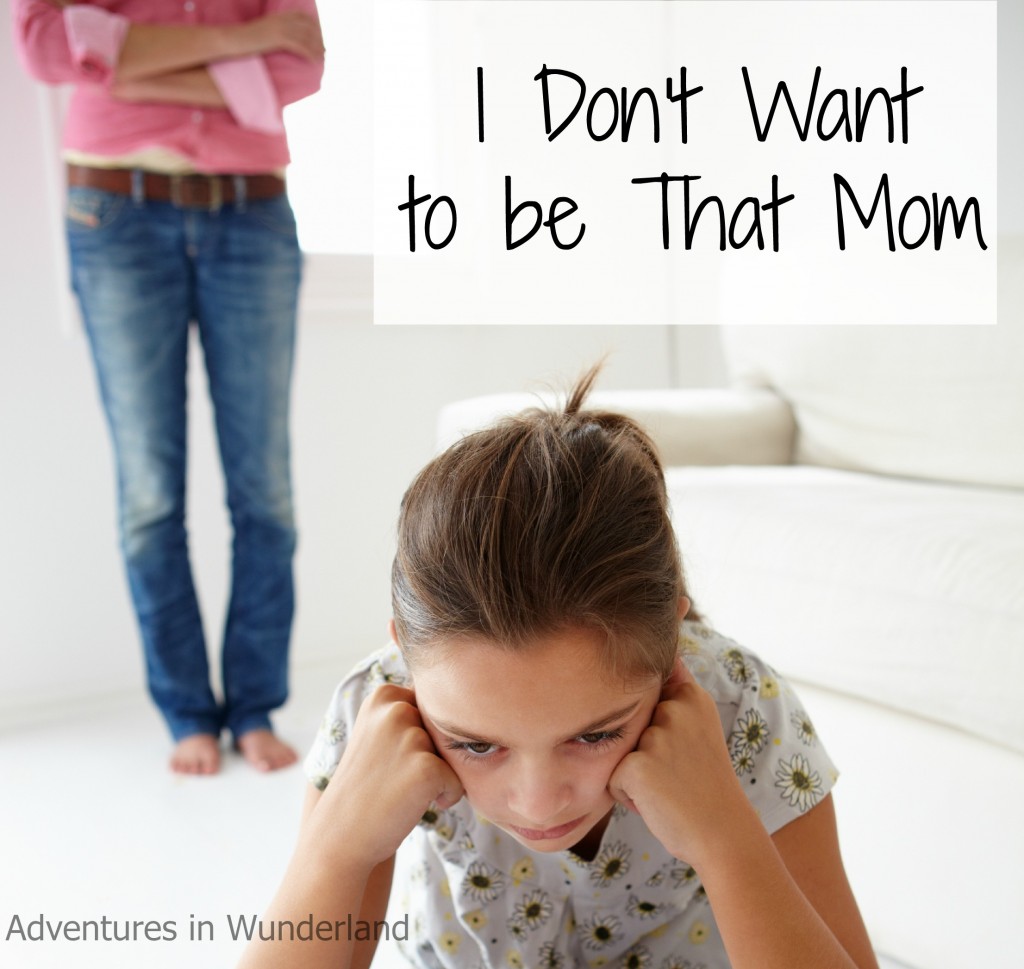