You are here: Home / Parenting / How to Breastfeed in Public like a BOSS

So back to the topic:  Breastfeeding in public. Everyone has an opinion and everyone is going to give it to you.  And most of those opinions are against it – or at least those are the stories you hear the most. You’ve either heard moms talking about being shamed, moms who’ve been asked to feed their baby in a dirty bathroom, or you yourself have a story to share.  It was these same stories that discouraged me from breastfeeding my first three children – as a young mom dealing with plenty of other struggles, the last thing I wanted was to be subjected to was difficulty feeding my baby. (Now this was not the ONLY reason.  Most of the reasoning was because of severe protein allergies but that is another story for another time). 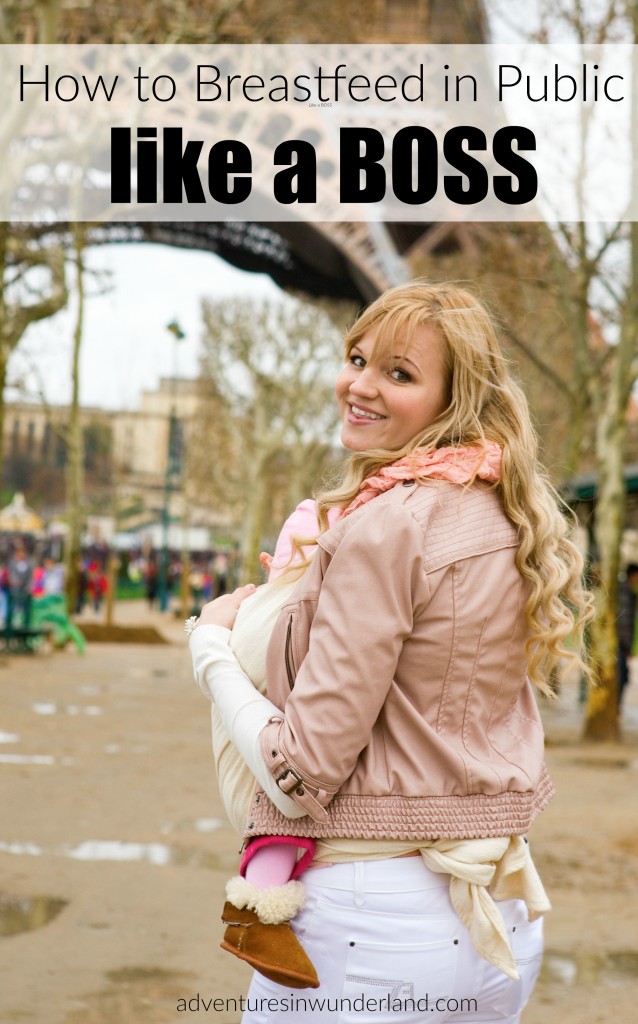 When I had my fourth child, things changed – maybe because I’m older, maybe because I just don’t have any craps left to give when it comes to peoples opinion of me – but I decided to ignore all of the bad press that breastfeeding has gotten and I gave it a try.  And you know what?!  It was not NEARLY the struggle that so many have made it out to be – especially when it comes to breastfeeding in public. In fact, it has been quite effortless!

Breastfeeding in public has gotten a bad rap.  Women around the country have been shamed, or told not to feed babies, or asked to go into a bathroom or other location that is not ideal.  I haven’t had the same experience.  In fact, I have fed my baby at church, at my sons baseball and football games, my daughters swim meet, the school, amusement parks and no one has every even so much as given me the side eye – in fact, I’ve been able to breastfeed like a boss, no one was even the wiser!

One example in particular, I was at my daughter’s swim meet.  Now, swim meets are an all day event.  We usually arrive around 7am and finish up around 1pm.  That is six hours that I have the baby on the pool deck.  And since races are spread out among that time and the times can change depending on how the meet is going, I cannot just retreat to the locker room or my car to peacefully feed my baby.

So we are here at the swim meet, the baby is about 4 months old and is eating an average of every 2 hours.  She was still napping most of the day so aside from a few minutes where she was alert to look around, she spent most of the day snoozing away.  Towards the end of the meet one of the moms commented, “wow, she is so good!  I can’t believe you haven’t even had to feed her yet!” – Well guess what?  I had fed her. I had actually fed my sweet baby twice!  No one had noticed.  NOT because I retreated to the bathroom or because I hid in my car.  I had fed the baby right there on the pool deck!


Related: How to Stop Finger Sucking

Breastfeeding is natural, and it should be normalized, and it can be done anywhere – it can be done so that you can be standing there in a crowd and no one will even know (I have a secret to this, well it’s really not that much of a secret, it’s really kind of common sense but it isn’t talked about nearly as much as it should be).  And I’m not talking about using an awful wrap, or scarf, or drape, or blanket to cover yourself up, make both you and baby sweat like you’re in a sauna, and ultimately draw even MORE attention to yourself.  I’m not talking about hiding in a dirty bathroom stall either. Breastfeeding in public, like a boss, is very simple and won’t even disrupt what you are doing, if you have the right tools.

Step 1: Make sure you have a nursing bra

First and foremost you need a good nursing bra.  Truth be told, they do not need to be an expensive investment – I purchased mine for about $12/each. One tan and one black.

The second piece of clothing you’ll want to put on is a camisole under shirt (I wear these anyway-they are slimming and add an extra layer for sheer blouses) like these.  And lastly, choose a shirt that is accessible from the TOP.  This will make it so much easier and will make sense when I share what my secret weapon is. I like shirts that are more of a tunic, or over sized T-shirts that have a little extra room in the neckline.  Of course a wrap across shirt is pretty standard for nursing moms but it just isn’t my style.

Ok mamas, here it is.  My secret weapon for breastfeeding in public, like a boss. The baby carrier.  The reason no-one new I was feeding her while I was at the swim meet?  She was in my Ergo!  If you do not have an Ergo, I highly recommend them.

(As a mama of four I have tried out tons of different carriers and this one is by far the easiest, most versatile, and most comfortable of them all.)  If you have followed steps 1 and 2 above you can easily feed your child while you are carrying them close – and bonus, it doesn’t disrupt whatever it is that you’re doing!

And there you have it – my not so secret system to breastfeeding in public, like a BOSS!  Maneuvering your clothing from the top and working inside a carrier might be a little awkward at first but give it a few tries.  Once you have it down it will make your life SO MUCH EASIER! And you’ll never have to worry about being told to go to bathroom to feed your child – or get dirty looks from passersby!

Steps to Calm a Fussy Baby 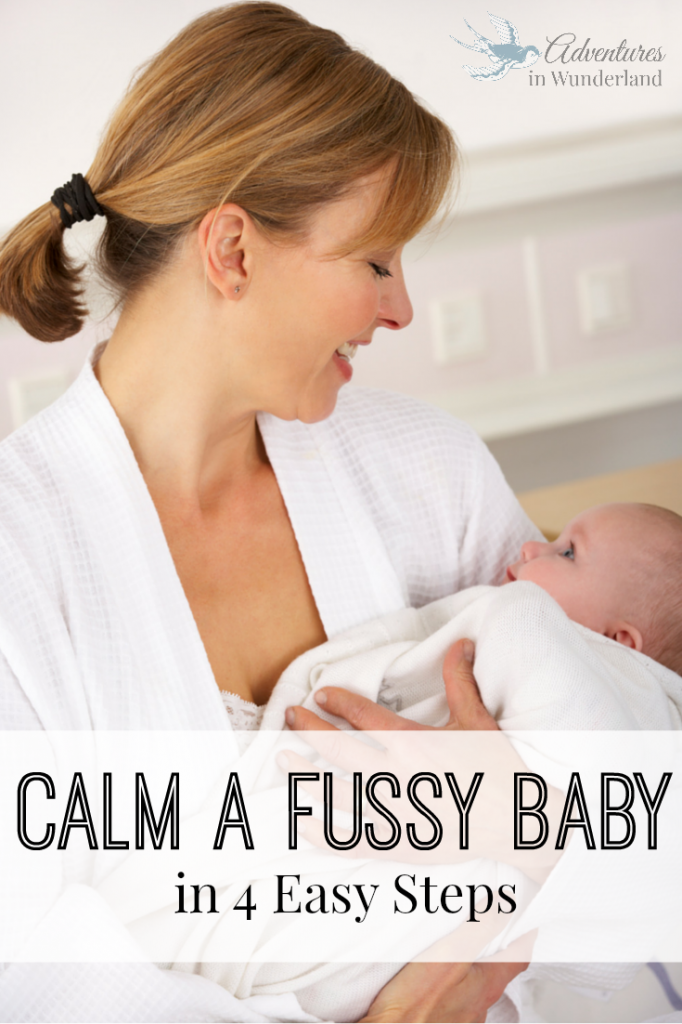 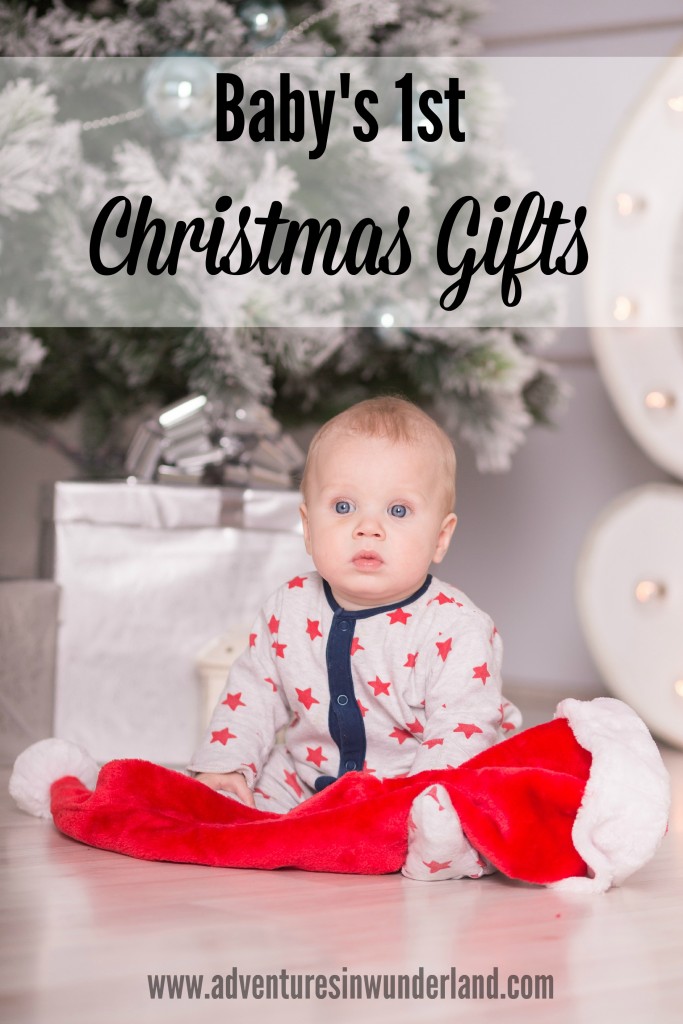