Ahh summer.  The season where my children think they are going to wake up and wear their pajamas, watch as much television as they can possibly stand, and snack on goodies all day long – unless of course I have some grand adventure planned for them, then they’re happy to get dressed and leave the house.  According to them chores and school work have no place on summer vacation.  According to mama, that’s enough to drive a woman batty! 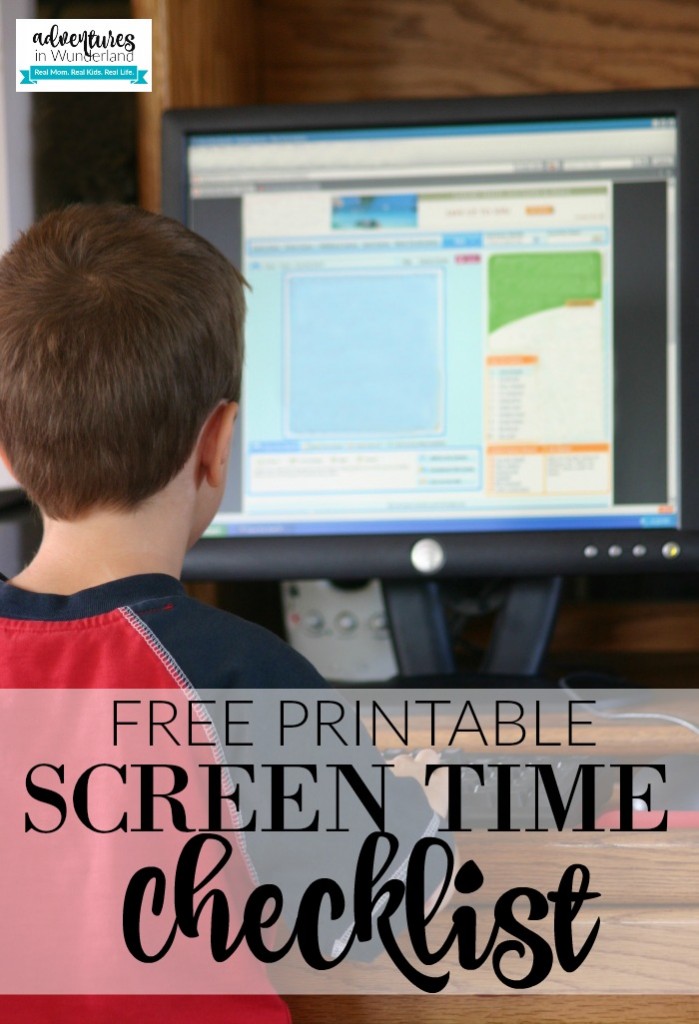 Now I’m all for a care free summer full of games and laughter, late nights and gatherings with friends and family BUT I also know the value in maintaining order and discipline. In order to keep a routine and prevent my children from turning into sloths during the summer months we have signed a contract.  A summer Contract.

Yes, I sat my children down and handed them a “very official” piece of paper that outlined what I expected of them this summer and what they would gain from going along with this plan. We discussed all of the fun, exciting, adventures we had planned for our vacation and explained that in order to do that, our days needed to have some routine.

Aside from daily chores, my biggest concern was the amount of screen time they might rack up on the days we didn’t have anything planned.  As much as they love playing outside, they are also drawn into the allure of vegging out in front of the television binge watching their favorite Disney show or watching countless hours on minecraft tutorials on their Kindles.  I’m not anti screen time but hours on end of it just isn’t healthy for anyone – so we came up with a list of checks and balances.  They are allowed to have unlimited screen time once they have completed every suggestion on the screen time checklist.

So what is on this checklist?

It’s a list of all things summer fun – which unfortunately, with the rise in electronics in the average household, are just not at the forefront of many elementary aged kids minds.  They are expected to get dressed and make their beds each morning, followed by their daily chores.  Then it is time for some good old fashioned fun!  On the list are items like; play outside, create something, draw a picture, play a game, and read a book. All the things kids should be doing during the summer! 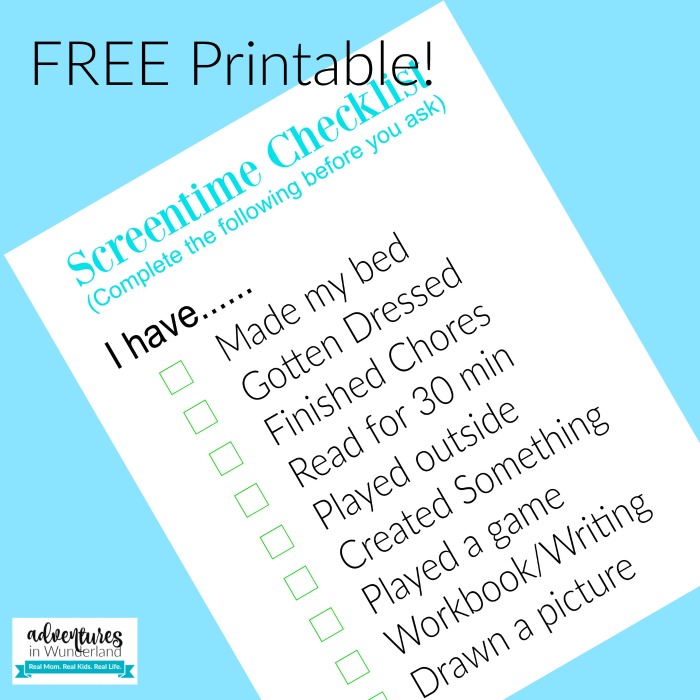 Our daily chores are on a family chart, split up between the kids each day, and don’t take longer than 20 min. Then, once they have entertained themselves with the screen free suggestions on the list they can watch television or use the computer.

On the first day of summer vacation I printed out their screen time checklist, our summer contract, and the family chore chart.  We sat down and explained all of the fun things that we had planned for the summer but also that there are responsibilities that each of us need to take care of as well.  We explained how the chore chart works as well as the checklist, and then they signed the contract.

Why have them sign a contract?  Well, they are old enough to be held responsible for their actions.  They are also old enough to understand that they have responsibilities.  Having the signed contract is a good visible reminder of our expectations and our agreement with them.

{In case you’re wondering why we added in the “will not wake up before 7am” portion – we generally allow the kids to stay up past their normal school day bed times during summer vacation.  This means that in order to be well rested they need to remain in their beds *hopefully asleep* until 7am}

If you’re looking for additional screen time systems I have a few great blogger friends that do a variation of this.  You may want to check them out!

If you have other systems that you’ve found to work well with your kids we’d love to hear about it!  I’m always searching for more ideas to pin and share.

***note: we are encouraging additional summer reading time with tokens – every 30 minutes that they read they earn a token.  Throughout the summer they will opportunities to cash in their tokens for small prizes like an ice cream sundae night, or water balloon fight.