You are here: Home / Catholic Family / Teach Kids to Give and Clear Out the Clutter

I spent most of Friday cleaning my house and when I was finished I was satisfied.  It wasn’t perfect but it was clean.  Then it was time to find my son’s football jersey, and it was no where to be found. We spent an hour searching every nook and cranny, I just could not understand where it could be since I had JUST cleaned up.  Well, the jersey was eventually found in a lost corner of the 4 compartment laundry hamper I have in the garage.  As I looked through my house and saw toy baskets overflowing, linen closets bulging, and no child’s room picked up I knew it was time.  It was time to let go of all the stuff that was cluttering up our house and our lives. 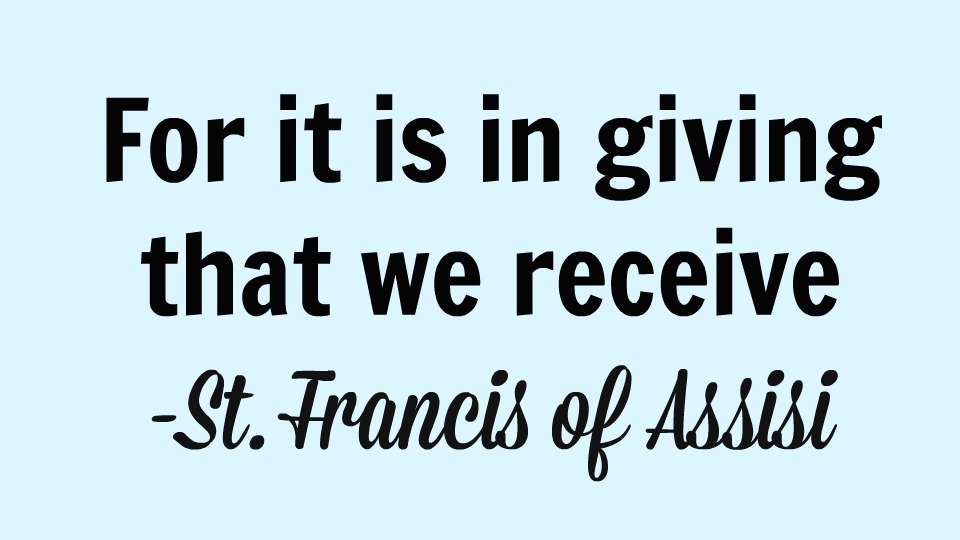 Have you ever felt like this?  Completely suffocated by your stuff, in your own home?  Now I’m sure you’re picturing some sort of house of hoarders, and I assure you we are not.  We are just a family of 5 with more stuff than we actually need, stuff that has accumulated over the past 9 years, and we were drowning in it.  So we decided to give it away.

I told the kids my plan and they were on board.  Our goal was to give away half.  My oldest, bless her, was amazing.  She helped her younger sister go through all of the dress up clothes, barbies, and stuffed animals.  They went through their things, one by one, saying “we don’t need this if we have this” and “mom, I have two of these, one should go to a new home”.  It completely warmed my heart, to see them understanding, and to be working side by side.

My son was not so sure at first, as I told him we should consider giving away half of his race tracks (that he never plays with).  He cried, “but they’re MINE!”  I felt a pang of guilt but explained to him that he doesn’t use them, and someone else might really love to have a race track.  I told him to look through his box and pick out his favorites and in that instant he understood.  He pulled out two of his smaller tracks and set them aside, and said “I don’t need all of these”, pointing to the rest of the box.   We moved on to his clothing and questioned me, “you’re not giving away any of my school clothes, right?”  I assured him I was not, and that all those clothes he had outgrown could really be great for someone that doesn’t have any clothes, or not enough money to buy new ones.  He nodded his head and we carried on, together. 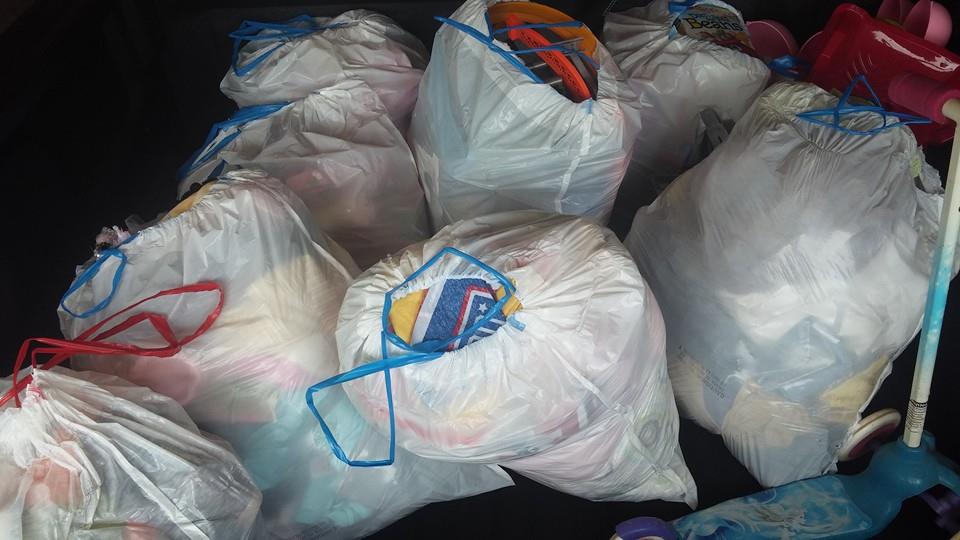 As we went through the house– cupboard by cupboard, drawer by drawer I could feel the stress leaving.  The mountains of stuff that had been suffocating us were slowly dissipating.  I went through the clothes, and the towels, and the blankets…the shoes, and the toys, and the games.  And we continued until we had separated out the things we needed and used often(or had sentimental value) from the things we were just holding on to.

We ended up with 10 bags full, along with a few other odds and ends.  We loaded them up in the truck and we gave them all away without looking back.  It feels SO good to have all the excess gone.  To have toy boxes that close properly and empty shelves in the cabinets.  And on top of it all, we learned something.  We learned that the stuff is not what makes us happy.  The stuff is not what makes us who we are.  In fact, I think the stuff often holds us back.  We focus so often of the material things, but if we can learn to let go and give it away, we can focus on what’s really important instead.